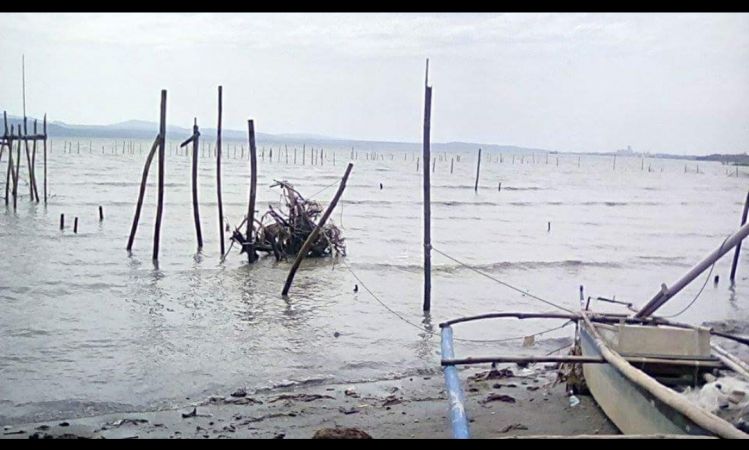 3 has additional shore to be reclaim

Nearby many warehouse neighboring

Good for Seaport wharf, i3 industrial projects and warehouse

Corong-corong Poblacion, El Nido
This beach property measures 36,741 square meters with 185 meters of beach frontage. It is located about 10 minutes away from the town proper of El Nido. It can be reached by plane, from Manila, and by buses or shuttle vans from outlying areas. This majestic beach is close to restaurants, hotels, and the airport. The property has the magnificent ocean view. It has an elevated terrain at the back with almost 360 degrees overlooking view of El Nido Islands. The front is a flat terrain surrounded by lush trees. The pristine white beach is excellent for snorkeling. The area is now the center for outdoor activities among tourists. This property is perfect for a beach resort.
₱ 257,187,000
View More Info

Beach Lot for Sale and Overlooking At San Vicente Palawan

Siargao Island, Pefect place to Retire in the Philippines

Melgar, Basilisa
Biray Biray Island is a 5.5 Hectare Islet located off Dinagat Island’s Melgar Bay, in the Municipality of Basilisa, Province of Dinagat Island, Philippines. Located in the Middle of an Island Group, just South of Unib Island, East of Sibanac Island, North of Lingig Island, and West of Dinagat Island’s Municipality of San Jose. Literally the Island is surrounded by magnificent views of neighboring Islands and Rock formations. Also magnificent night light views of neighboring Island’s are observed in the evening. Biray Biray Island has a stretch of powder white sand beach, a stretch of rock formation, a mangrove forest, a bonsai forest, coconut trees, and a tranquil corral filled reef lagoon on the eastern front.Biray Biray Island Paradise Beach, is an existing resort covering 3.6 Hectares of the Entire Island. About ¾ of the entire island is family owned. Their property covers all the powder white sand beach that is available in the Island on the eastern side, and all the fabulous rock formations on the western side of the Island. Their existing resort is exclusively powered via solar panels off grid, and they are just starting to dig for water via deep well. Mobile Data is currently at LTE/4G which is impressive for such a remote Island. Their resort has 3 Rooms for accommodation with common Toilet and several cottages. It is a quaint family resort.The Family is selling for Php8,00 or Eight Thousand Pesos per Square Meter for their almost exclusively owned Island. The Total Selling Price would be P288,000,000.00 or Two Hundred Eighty Eight Million Pesos for the entirety of Biray Biray Paradaise Beach. The price, as to compared with the prices of properties in neighboring Siargao Island is very reasonable. Prices of beach fronts in Siargao Island and Islets range anywhere from P25,000 to P40,000 per square meter. That is 300% more at the very least than what the Family is currently offering. A lot of offers have already come by for the family, however, they turned them down, since they believe that their Island is special, and almost exclusive, so they are waiting for the right offer of full price or close to asking, for them to let go of the Island. Property prices within the vicinity of Dinagat Group of Islands, Siargao, Cebu and Bohol Province have seen continued and sustained increase in prices of an average of not less than 25% per annum, sometimes even reaching up to 200% increase specially in tourist hotspot areas and areas that are known to have many tourist attractions like the area within the vicinity of Biray Biray Island. This is mainly due to the infrastructure boom allowing tourists to visit via the current President adminstrations’ Build Build Build.The remainder 1.9 Hectare of the Island is on the south end of the Island, rocky and with no sandy beach. It is owned by a different family that would also be willing to sell just in case the existing resort is sold. The owner was out of town during my visit so I would still have to be in contact for his price.Location wise, Biray Biray Island is just one hour from Surigao City, which is a Port City that caters to harboring vessels that deliver supplies overnight from Cebu City, one of the country’s biggest cities. Logistically speaking, the location of the Island is very accessible. There is also an existing airport in Surigao City, which you can fly in from via Manila.Dinagat Island, being declared as Mineral land, is one of the Philippines mineral rich Islands. The Dinagat Islands is home to many Small to Large Scale Mining companies both international and local. It is said that in one Site, up to 21 minerals are found, however, all extraction are done overseas, with the International companies only declaring Nickel as the main mineral mined.
₱ 288,000,000
View More Info
7

Tangnan, Panglao
Breathtaking 2.4 hectare Panglao beach-cliff for saleAn awesome 189-meters beach-cliff frontageCliff is only about 3 meters with breathtaking view of Bohol StraitLocation is nearby several dive-resortsProperty is ready for commercial developmentWith concrete perimeter wall in placeProperty grounds have been prepped and leveled3 Large underground rain water collecting concrete tanks completedLayout of rain water drainage system partially in placeIn a serene, peaceful communityClean Title24,000 sqm (2.4 hectares) at P 10,000 per sqmPrice: P 240,000,000Price subject to change from time of postingSee some of our OTHER LISTINGS here or you may also visit our~^~^~ page or website: BoholRealEstate143"Trust begets Trust"
₱ 240,000,000
View More Info

San Rafael, Puerto Princesa
This breathtaking beach lot with almost 290 meters of beach frontage, is located just an hour away from the City proper. 3 mins away is the famous Astoria Resort and Waterpark frequented by tourists from all over the world. Ideal for a resort or hotel development or even for private use, or simply for pride of ownership, this property faces the beach to the west and the mountains to the north.Very fertile sandy loam ideal for organic farming to sustain resort, restaurant or hotel operations. Mangoes, cashew, coconuts, guavas have already been planted and fruits are consistently harvested. Flowering shrubs also abound. The fertile ground is also ideal for planting corn, bananas, and intercropped with peanuts, chilies, etc. A pond with native tilapia is also found on the property.An existing one bedroom rest house has been constructed with spacious bathroom (separate shower and toilet), modern open kitchen, expansive sala and 4 huge cabanas for 5-8 guests. There are also 5 small nipa huts ideal for 2-3 persons. There is also electricity and source of potable water, as well as strong internet and cellphone signals.There is also electricity and water source, as well as strong internet and cellphone signals.
₱ 239,000,000
View More Info

Beach Front For Sale in Palawan

7.3 Hectares Land for Development for Sale in Aklan

Pamomoan Beach, Del Carmen, Surigao Del Norte, Philippines Caub, Del Carmen
We offer 3.5 Hectares (35,000 Square Meters) Pristine White Fine Sandy Beach Lot, Pamomoan Beach, Brgy Caub, Del Carmen, Surigao Del Norte, Philippines. SITE BEST SUITED FOR BEACH RESORT, HOTELS & RESTAURANT & FAMILY VACATION SITE DEVELOPMENT.Most of the beaches in Siargao are rocky and full of waves. Pamomoan is like Boracay - white sand and shallow water. The Municipality of Del Carmen is a 5th class municipality in the province of Surigao del Norte, Philippines. The center of Del Carmen is situated at approximately 9° 52' North, 125° 58' East, on the island of Siargao. Elevation at these coordinates is estimated at 10.2 meters or 33.6 feet above mean sea level. The municipality has a land area of 151.68 square kilometers or 58.56 square miles which constitutes 7.69% of Surigao del Norte's total area. Del Carmen Sugba Lagoon is the right place if you’re looking for some adventure and stress-free place spend some time to an isolated spot away from the noisy city, I suggest a route to one of the most visited scenic views of Sugba Lagoon at Del Carmen, Siargao Islands, Surigao del Norte. Amaze to its green coated water reflected from the nature of virgin forest and mountains.Del Carmen is one of the most visited places on Siargao providing its impressive beauty and natural scenery composed of vast mangrove trees that is protecting wildlife animals, explore and amaze from its beautiful scenic view of Sugba Lagoon and white-sand beaches found in the island of Brgy. Caub. Del Carmen Municipality also has a national airport that you can travel to the Island of Siargao in the fastest way.Sayak Airport (IAO), also known as Siargao Airport, is an airport serving the general area of Siargao Island, located in the province of Surigao del Norte in the Philippines. The airport is located in Barangay Sayak in the municipality of Del Carmen, where the airport derives its name from.The airport is classified as a Class 2 principal (minor domestic) airport by the Civil Aviation Authority of the Philippines (CAAP), a body of the Department of Transportation and Communications that is responsible for the operations of not only this airport but also of all other airports in the Philippines except the major international airports.Big Tourist Paradise;  approximately 81 kilometers from the provincial capital, and 800 kilometers from Ninoy Aquino International Airport (1 hr and 30 minutes direct flight; 3 hours and 5 minutes connecting flight).#PammoanBeach #SugbaBlueLaggon #SiargaoLot #SurigaoLot #SiargaoBeachLot #DelCarmenLot #SurfingSiargao #BeachLotSaleSiargaoTERMS: Cash or Best OfferSeller's Account: Capital Gains Taxes (CGT), Realty Property Taxes;   Buyer's Account: Documentary Stamps on Sale, Notarial fees, Transfer fees, Registration fees, & other incidental expenses to transfer the ownership to the new owner.NOTE: Should you be interested, please let us know so we can provide you more details about the subject property as well as the preferred terms and conditions of the property owner.DISCLOSURES: TAX DEC. May change at any time with information not known at the time of listing and posting including, but not limited to, listed price without prior notice.UTILITIES: Power & Electricity available at the property, a good source of potable water, excellent cellular signals. Enjoy the boat ride to see this "Little Boracay".Feel free to contact me for more information, questions, and concerns.  Thank you for visiting.
₱ 245,000,000
View More Info 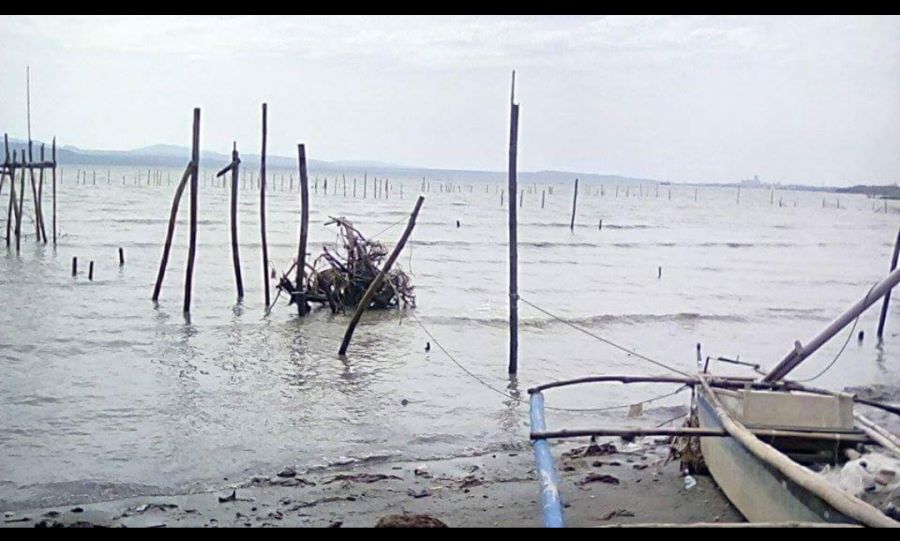 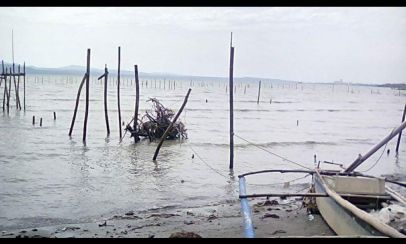