Calamba City is only 45km away from Metro Manila and is an old Spanish settlement since Rizal's time. It plays a strategic trading center servicing nearby Batangas and Laguna Municipalities. A first-class city with 456,486 population in 2015 with 8 PEZA Industrial Estates, 8000 business establishment, 229 schools (primary and secondary), 21 universities, and 1 vocational school. It is estimated that the Calamba day time population is 3 to 4 times the local residents causing traffic congestion within the city proper. It is an in-migration urban growth center.

The limited area within the old city commercial district and the booming service business sector due to the migrant population lead to the emergence of the City's Central Business District (CBD) at the Calamba Crossing area. The presence of Calamba Walter Mart, SM Calamba, Calamba Medical City, Calamba Central Terminal, SM Terminal Hub, and the new STI Calamba sustain the expansion of the said CBD causing urban sprawl towards Brgy. Real and Los Baños.

The property for sale is within the Calamba CBD's district and the Brgy. Real - Los Baños highway By-Pass Road. The heavy traffic at Calamba crossing will generate traffic volume at the said By-Pass road making it a potential commercial area expansion of the CBD.

The Highest and Best Use of the half-hectare at the By-Pass Road is an affordable mid-rise mixed-use condominium (15 floors). To make the condo project highly accessible to the SM terminal hub and Calamba Central Terminal, an "ikot" transport system should be developed. It starts at Brgy. Real passes Walter Mart & SM, turn right at crossing passing by STI, Calamba then turns right going to LTO and finally, project site.

An operational "ikot" transport system,at the proposed mid-rise condo project, can attract middle managers buyers from the 8 Industrial Estates. The industrial employees' buses pass thru SM terminal hub and Calamba Terminal. There will be buyers from SM, Walter Mart, Calamba Medical Center, Pamana Golden Care Medical Center, STI, Calamba, Letran, other colleges, and business establishments located near the CBD. The proposed condo project has buyers within the CBD’s schools, hospitals, and business establishments; and middle managers from the existing Industrial Estates due to the SM terminal, the Calamba Central Terminal. The proposed "Ikot" transport system will make the project accessible.

We are available for site inspection when you consider the said 0.5 ha to be part of your Real Estate Development Inventories, just give us 2-day lead time 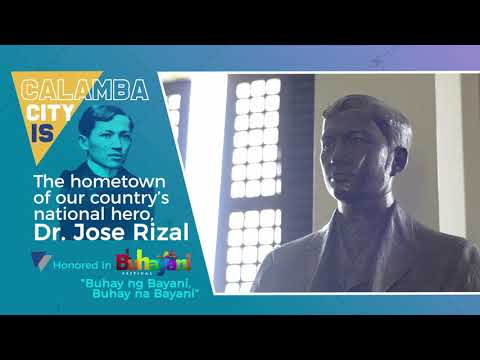