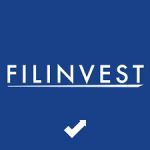 Filinvest Development Corporation is involved in the hotel and tourism industry, and owns the hotel brands Crimson and Quest, the latter of which is a new value-brand hotel. In September 2014 it was reported that it planned on opening 5,000 hotel rooms within five years. At that time, company officials stated that it had over 1,000 hotel rooms. During this time it was also reported that the company was building seven hotels, two of which will be under the new Quest value brand.
Agents 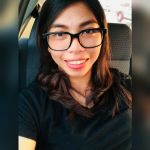 Diliman, Quezon City
Studio 7 rises at 807 EDSA, an easy walk from the leading television networks.* This new, multi-faceted address embodies modern living. Live, work and play in a total community everyday. *0.8 km from ABS-CBN and 0.6 km from GMA. AMENITIES Be the star of your own life. Find time to breathe a sigh of relief amidst the hustle and bustle of the city. FITNESS Outdoor Area for Fitness Bootcamp Lap Pool with Aqua Lounge RECREATION Sky Lounge with Juice Bar at the Roof Deck Cocktail Cube SOLITUDE Mezzanine Lounge Sky Garden at the Roof Deck Yoga Deck at the Podium Garden RESIDENTIAL BUILDING FEATURES Efficiency and productivity will always be at your beck and call. Grand 5-star Bi-level Lobby and Landscaped Drop-off Area Convenient access to the Studio 7 Mall 3 High-speed Elevators Easy access Podium Parking 24-hour Administrative Office and Security Command Center Closed-circuit Television (CCTV) at Select Security Areas Fully-automatic Fire Alarm System with Sprinklers & Smoke Detectors Fire Hose Cabinet and Fire Extinguishers in all Floors Centralized Mailroom Individual Water and Electric Meters Pressurized Fire Escaped Stairs Location The Philippines is an investment paradise up and ready for the world. It is a bright prospect in the region with a surging economy driven by consumer spending, business process outsourcing (BPO), property development, and OFW remittances. Quezon City’s strategic location positions it as an emerging central business district and hub. Its wealth of resources and accessibility to key economic zones say it all. Easy accessibility around Metro Manila via LRT and MRT Full connection from Makati to Cubao, from Manila to Katipunan via the MRT GMA-Kamuning Station just a hop away Contact me for more info
₱ 16,000
1
Bedroom
1
Bath
23 m²
Floor area
View Info
Contact Agent

Your message has been sent

Directly get in touch below.

Find Other Properties in

Your message has been sent

Directly get in touch below.